Traditionally, citizens of a country are raised, educated and lawfully employed in their own country, paying Taxes and National Insurance that contribute towards their general welfare.  Malta supports its citizens through a welfare structure that pays people social benefits and gives access to free healthcare, but our country is by no means disconnected from the rest of the world. In fact, Malta has agreements with other countries for specialised medical treatments, the most popularly known being the UK.  Of course, the same happens in other countries.

The world slowed down, economies waned, and workplaces vacated.  However, from all of this, there was, as it often happens in such situations positive reflections and drivers that emerged.  As the world slowed down, both locally and abroad, we came to realize the impact the cost our buzzling lives were having, within the environment as well as on our frame of mind, coiled to an incessant rinse and repeat humdrum lifestyle.  Among the observations done, air pollution plummeted, forever laying to rest the argument of human-driven climate change.  As many people/employees were requested to work from home; especially those working in digital or service-driven industries, we started reacting through different approaches to both revaluate and enhance our daily and work practices.

Maltese people have always taken opportunities to reside and work abroad, and the opportunities increased since Malta joined the EU, but this is not just one way.  EU and other third-country nationals also have the possibility to reside, study and work in Malta.  This complicates matters with respect to paying National Insurance contributions in the hosting country, especially when it comes to enjoy free healthcare and entitlement to social benefits.  Countries do tend to enter in bi-lateral agreements to address entitlements of their own citizens in a foreign country. To mention some examples with respect to Social Benefits are agreements Malta has with the UK, Australia, Canada, and Italy; and with the UK for healthcare, but since joining the EU, the requirement to collaborate with the Member States has increased drastically.  For example, the International Relations Unit within the Department of Social Security performed the following exchanges between 2015 and 2018:

By now, most of us know about the European Health Insurance Card (EHIC) and some of us are also familiar with claiming Social Benefits and Pensions from foreign countries.  As citizens we are however never concerned of what goes on between the Member States when making cross-border claims but are only concerned about filling in the local forms, some of which have been modernised and have become online forms.  But then it stops there.  The mechanical exchanges of the information between Malta and counter party countries are of no interest to the general public.  It all happens somehow, either via traditional post, electronic mail, other forms of electronic exchanges, but it all happens behind the scenes.

Enter the Electronic Exchange for Social Security Information, the EESSI system.  It goes on by various names (Assie, as in Lassie but without the L, Easy and even E.E.S.S.I), but whatever the colloquial name, EESSI is a long term European Commission project that has been on the table for more than a decade.  It is governed by Regulation (EC) No 883/2004 (you can read more from this article https://ec.europa.eu/social/main.jsp?catId=869&langId=en) and has been a challenge for the Member States and Norway, Iceland, Liechtenstein and Switzerland ever since it was presented for discussion.

EESSI is mostly a back-office system, enabling officers in the various social security institutions to enter applicants’ data in a structured and formal set of pre-defined electronic documents, known within the system as Structured Electronic Documents, and delivered between the relevant institutions in an encrypted, signed and secure electronic mode of transportation.  The system also controls those documents that are strictly exchanged between the intended institutions; with no envelopes lost in the post, nor misplaced emails.  EESSI also operates in a closed and secured European network environment so there is no possibility that exchanges are intercepted by illicit sources.

From the local perspective, this was a relatively large project, jointly commissioned by the Ministry for Health and the Ministry for The Family, Children’s Rights and Social Solidary, facilitated and enabled by MITA.

Since 2015, MITA technical experts attended various meetings in Brussels in order to design the technical, security and business requirements for EESSI.  This enabled MITA to plan for and design the local infrastructure that hosts the EESSI system.  Starting from the gateways to the other Member States’ systems, back to the distribution of the EESSI application around the offices of the interested government departments.  MITA was also instrumental in writing the specifications for the tenders, assisted in the local installations, facilitated the testing with the other countries and also enabled the necessary integration services to connect EESSI with the National Application for Social Security.  Notwithstanding, technical challenges faced at various levels by Malta and other Member States, Malta was one of the first two countries to be declared EESSI ready on time, and within budget.  This was achieved collaboratively by the MITA technical competence as well as by good governance and project leadership of the two local stakeholders, the Entitlement Unit within MFH and the International Relations Unit within MFCS.

The EESII project was partly funded through the Connecting Europe Facility, supplemented from local funds.

Malta was one of the first two countries to be declared EESSI ready on time, and within budget.  This was achieved collaboratively by the MITA technical competence as well as by good governance and project leadership 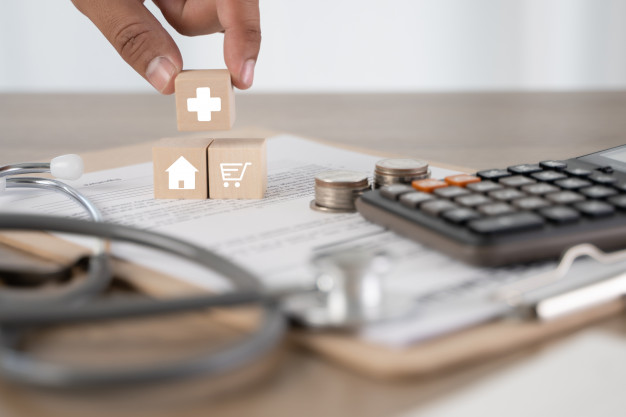