Nocmigging – Automated birding whilst you sleep

There are many reasons why people do birdwatching; some do it for pure enjoyment, some seek the science and conservation aspect. The study of bird populations and bird migration is an important outlook into worldwide conservation concerns, such as climate change. Birds are often considered to be important bio-indicators when studying the effect of human impact on habitats. Due to their high mobility, they are often the first to leave a deteriorating environment and also the first to re-colonize when conditions get better. 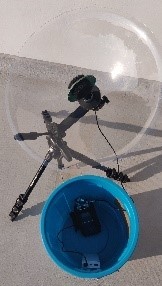 Lying right in the middle of the Mediterranean, an ecological barrier dividing 2 very distinct continents; Europe and Africa, Malta acts as a stepping-stone for thousands of birds migrating south in Autumn and north in Spring. This makes Malta an ideal location to study bird migration. But how do we record these observations? The easiest way is by observing birds as they fly over our island or along our coasts. But a large portion of birds migrate long-distances during the night, mainly to avoid heat and predators that hunt during the day. So how can we monitor nocturnal bird migration, shortened to “nocmig”?

In comes technology; and no, not a night-vision camera, but a microphone.

Nocmigging is the process of recording an entire night from a location where bird migration is likely to occur, followed by the analysis and annotations of the recording the next day. Birds often call during migration, especially when migrating in flocks. The basic tools required for nocmigging are a microphone and a recorder. Birds often migrate very high and predicting the exact spot where a bird will fly over from, is not at all easy. The type and quality of the microphone used will therefore highly affect the results obtained from this activity.

The higher the sensitivity of the microphone and the higher the ability to favour picking up sounds coming from the sky; rather than potential noise coming from the ground, the better the results. Typically, a parabolic microphone is used for such a purpose. The shape of the parabola helps to concentrate and amplify sound waves that hit its surface area from above. whilst reflecting away sound waves hitting from below.

Birds’ auditory range is very similar to the human’s range and therefore a recorder that is capable of recording frequencies of up to 24,000Hz (human range is typically between 20 to 20,000Hz) is enough. Luckily, recorders can always be replaced and do not reduce their sensitivity by time, unlike aging human ears.

Recording may be easy, but what about its analysis? Do we have to listen to 8 hours of mostly silence, cars passing and dogs barking? Luckily no; technology helps us analyse sound in a visual manner using graphical representations of sound known as spectrograms. This is the representation of the signal strength over time at various frequencies. Indeed, to listen to 30 seconds of sound, you need the actual full 30 seconds. On the other hand, to visually inspect a spectrogram of 30 seconds all it takes is 1 or 2 seconds. Once you identify a shape that looks like a bird sound, you then listen to that specific segment and determine the species.

Visual analysis does reduce the time to process a recording of 8 hours to about 2 hours, but what if you don’t have 2 hours every day to spare for this? Or what if you have multiple recorders in different locations each generating 8 hours of recordings? That is where I start to think as a professional birder working in IT.

Can we build an autonomous device that starts to record on its own when night falls, streams the data to a remote service that is processing incoming recordings, automatically detects and identifies bird sounds and logs this data in a repository? Can this potentially send me notifications to my phone on nights with good migration and tell me what’s passing over my head whilst I am asleep?

This sounds like a mammoth and maybe unrealistic task, and, it probably is, but when a pain point is dissected into smaller tasks, it starts to solution begins to become more feasible and realistic. When planning such projects, one must start with dividing the task into intelligent tasks against non-intelligent ones. Which tasks involved can be done better by a human and which task can be done better by a computer?

Automatically calculating sunset, starting recording, uploading data as it is being recorded, allowing remote connection, notification based on pre-set rules etc. are all tasks that albeit varying in complexity can all be programmed and executed automatically and repeatedly by a computer.

Distinguishing bird sounds from other noises in the recordings and identifying the species that produced that sound, are on the other hand, tasks that require human intelligence and experience. Nonetheless, through Artificial Intelligence technologies, a computer may be trained to make decisions based on training data (experience). Much like Alexa can process natural language you speak when you need your lights dimmed, computers can be trained to identify bird sounds.

Research on automatic bird sound recognition is still very much lacking when compared to other areas, mostly because demand, and therefore investment, is on the low side. During COVID-19 lockdown though, when birders around Europe were mostly confined to their homes, their balconies became the only place where they could get a glimpse of migration, and many started nocmigging to make the most of their time spent indoors.  This practice therefore took a big boost in popularity.

An additional approach one can take to reduce the complexity of such a project is by making use of crowd sourcing. If we can, through automatic detection, identify segments which contain possibly interesting sounds, then what remains is only listening to a few seconds of bird calls and labelling them. This task is a challenge that many bird enthusiasts around Europe would be willing to take if it’s made available to them. If you are familiar with a bird; identifying it can be instantaneous, just like you can recognise a song on the radio from the first note.

Therefore, if we build a system that uploads recordings of a few seconds in length to a repository where people can go in, listen and label, then we have a hybrid system where the intelligence is shared between computers and humans.

Further to that, all the audio clips being labelled by human experts, can eventually be used to train a computer to become an artificial expert until eventually there is enough training data to train a classifying algorithm that has a high degree of accuracy.

So, what would such an autonomous system, and nocmigging in general, benefit Malta and the world in general? One aspect is monitoring the impact of light pollution. This, rightfully so, is being put high on the agenda of government by the Minister of Environment Aaron Farrugia who has recently launched new policies and guidelines to address this problem. Malta, as seen from photos taken from space, is like a big lightbulb in the middle of the Mediterranean. Birds and other creatures are disoriented by light at night and may waste a lot of energy during migration or even end up stranded. Autonomous bird migration monitoring systems would help in studying the impact of light pollution and also quantify any improvements brought by such policies. Furthermore, combining results from nocturnal migration to diurnal migration can also help us understand and conserve birds and their habitats better.

So, great idea, great benefits, where to start? From MITA’s Emerging Technologies lab of course. This lab is a space within MITA’s headquarters that acts as the perfect incubator for such projects. The lab itself is equipped with different tools and emerging technologies that would be most likely too costly for an individual to invest in for a personal project. MITA offers the possibility to its employees to make use of the lab for such projects and sponsors some of the time that one needs to invest. to turn such an idea into something tangible. Additionally, through the lab, one can also get access to people with particular skills, that although are not the main focus of the project, are still required to complete some of the tasks and therefore reduce the time of delivery.

For MITA, the lab is an effective way of encouraging creativity within its workforce. The lab, through such projects, is also allowing MITA to contribute to areas which do not lie within its direct remit but will still benefit communities at large. Such opportunities also instil an appreciation for multi-disciplinary science and perhaps a more academic and scientific approach to IT solutions which often lacks in large, delivery-oriented agencies. These projects also encourage cross-departmental sharing of information and collaboration with knowledge and skills gained from working on such ideas.  More often than not, such ideas and solutions can easily apply to other areas within MITA’s and Government IT projects.

MITA offers the possibility to its employees to make use of the lab for such projects and sponsors some of the time that one needs to invest. to turn such an idea into something tangible. 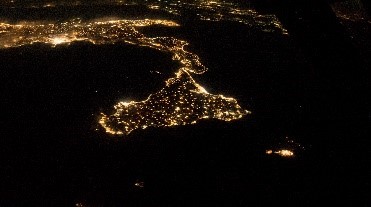