MITA is a hallmark of the country’s digital future

The visit to MITA represented an agency which will be heavily involved in the digital transformation of the public administration as part of Malta’s recovery and resilience plan. They were welcomed by the Minister for the Economy and Industry Silvio Schembri; Parliamentary Secretary for European Funds Stefan Zrinzo Azzopardi; Principal Permanent Secretary Mr Mario Cutajar; and MITA’s Executive Chairman Mr Tony Sultana.

During her visit, President of the European Commission Ursula von der Leyen was amazed with the level of high technology investment done within MITA especially in the area of Cyber Security. Ursula von der Leyen said: “It was very fascinating to see the work done over the last 12 months in improving cyber security.”  The EC President hailed MITA’s investment over the past months, saying that she was glad to see how Malta’s digital future will look like.MITA’s Executive Chairman Mr Tony Sultana explained that this investment is important for our country as we need to ensure that our Government ICT systems are secured.

She was also happy to see that 25% of Malta’s RRP budget will be dedicated towards the digital transition, by helping businesses go digital and promoting a new e-college platform.

President of the European Commission Ursula von der Leyen ended her visit at MITA by talking and meeting with MITA employees. She was enthusiast on the progress that the agency has made and she had words of praise for the work done. 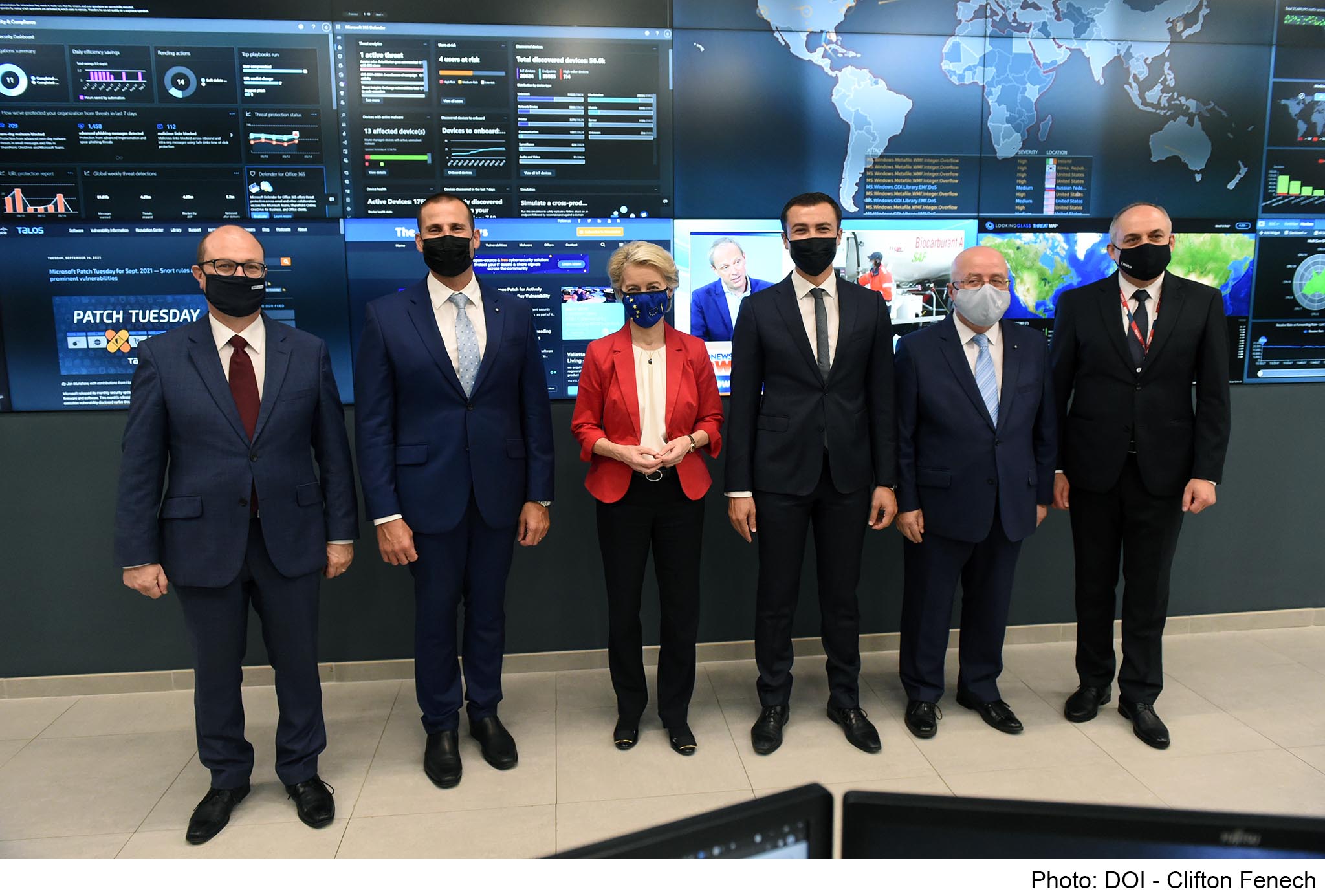