MITA’s involvement during the Papal visit

In preparation for the recent Papal visit, MITA was engaged by the Office of the Prime Minister (OPM) to provide IT services in various locations around Malta and Gozo.  MITA’s responsibilities included designing and implementing a secure and resilient wired and wireless infrastructure.

Apart from setting up the required network infrastructure, MITA employees provided operational support to the journalists and delegates attending this event.

One of the deliverables which MITA was entrusted with, was assisting the local host broadcaster PBS in setting up an international broadcast centre whereby video streams captured by PBS employees from the various locations visited by the Pope could be shared with foreign broadcasters.  The required network connectivity to the foreign broadcasters covering the event, amongst which RAI, Reuters, AP and Radio Vaticano was also provided.

Given that the event took place less than a week after the general election, coordinating the implementation of the required works and testing at the different locations in such a short period of time was extremely challenging.  Throughout this short time frame, network connectivity at two media centres, one at the Excelsior Hotel, which hosted 300 journalists and the other close to the Ta’ Pinu shrine which hosted 150 journalists was provided.   In addition, MITA provided the required services at two media stand-up platforms setup at the Granaries and at other locations visited by the Pope throughout the event. 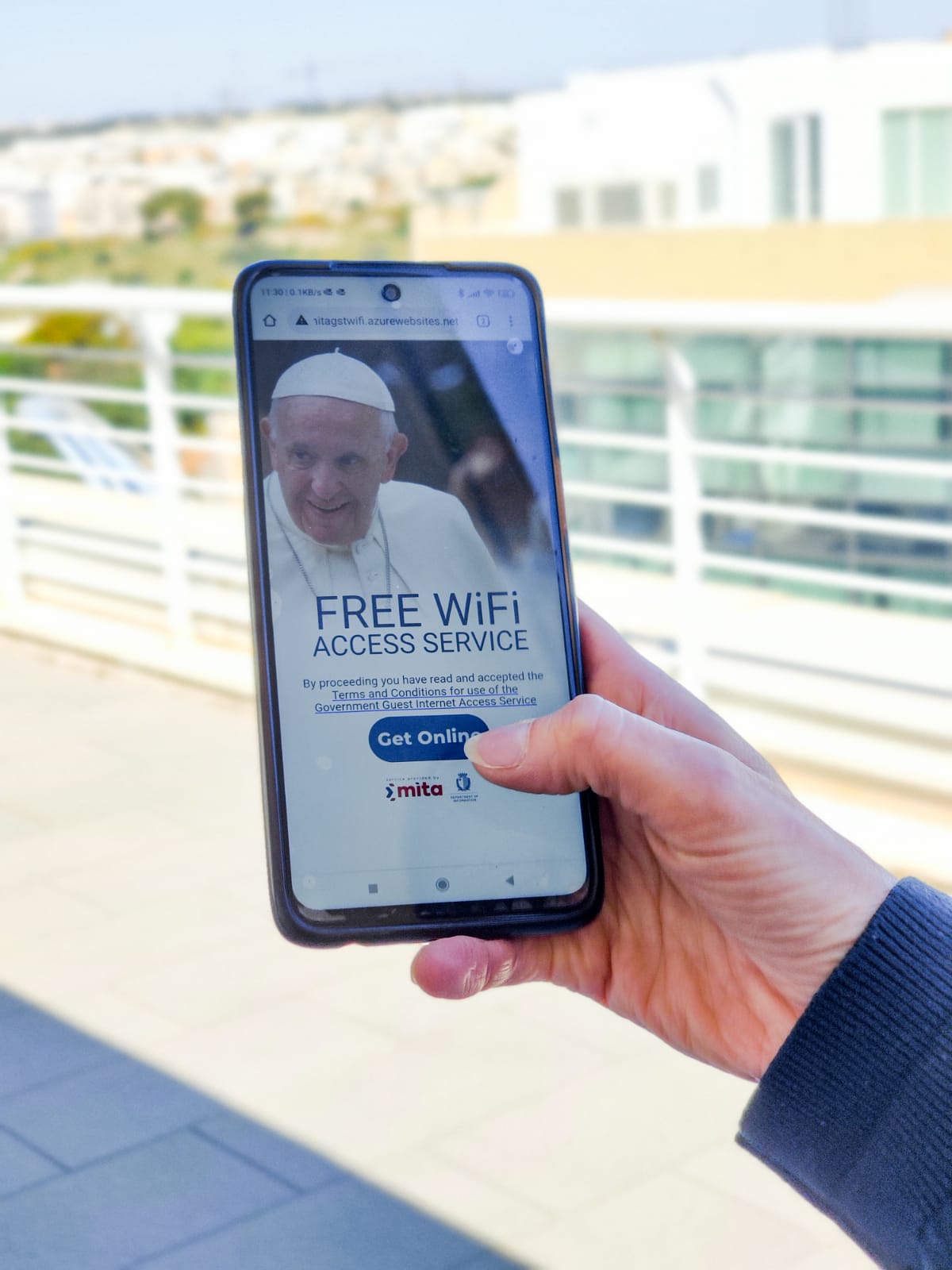 During such national events, it is of fundamental importance to design a network setup that caters for any possible failure.  As a result, MITA employees deployed various redundancy mechanisms in the most important layers of the infrastructure.  On the LAN side of things, a stack of aggregator switches connecting around 35 LAN switches together with two wireless controllers setup in high-availability mode controlling around 45 high density wireless access points were deployed.  Multiple WAN connectivity links were then established via local service providers.

Various MITA departments contributed to ensure the realisation of the deliverables assigned to MITA. The MITA Network Services team configured and installed the required wired and wireless network equipment whilst employees from the Information Security & Governance Department were continuously monitoring the infrastructure to mitigate possible security threats.  On the other hand, MITA’s Network Operation Centre monitored the infrastructure from a capacity and availability perspective throughout the duration of this event.  In addition, various employees from the Service Management Department were present on-site during the event to assist journalists with their needs.

Being part of the team that supports similar national events is always a rewarding experience.  When observing the logistics, the challenges and the motivation of each team member focused on the same goal, one cannot but feel a sense of satisfaction of having contributed to the successful organisation of such a high-profile national event.

The MITA Network Services team configured and installed the required wired and wireless network equipment whilst employees from the Information Security & Governance Department were continuously monitoring the infrastructure to mitigate possible security threats.