A year on from joining MITA’s Network Engineering Services Team and MITA simultaneously launching its LAN switches and WiFi Procurement Framework, I can reflect on the milestone we reached at the end of this year i.e. rolling out over 500 Access Points and connecting more than 1500 edge devices to the Government Network.

The first site where we were able to deploy a network using the new infrastructure, was at Malta Digital Innovation Authority (MDIA). A mid-sized office over 2 floors joined together under the same network, requiring 10 access points for optimal coverage.

Throughout this year, the 2 most ambitious projects, catering for both wired and wireless infrastructure I got to work on, were MEFL’s Lands Authority and the House of Representatives’ Parliament Building.

The Auberge de Bavière saw an influx of employees due to a commendable effort by Lands Authority to go paperless for all their new and old records. The issue was that one cannot simply provide an ethernet cable straight to the user’s laptop due to the site being over 300 years old. An easier solution is to use WiFi as much as possible.  This posed another problem for the same reason as the last, the walls around the rooms are mostly double walled with high ceilings, vastly limiting signal coverage and penetration. With a joint effort between our Network’s and Lands Authority I.T. team over 40 access points and multiple switches were added, replaced and tested to cater for their daily needs, whilst still respecting this historic landmark.

On the opposite end of challenges to overcome, MITA was entrusted to carry out the HOR’s Parliament Building technology refresh of its network infrastructure. As opposed to the Auberge de Bavière, this is a highly modern building with quite different priorities to tackle, mainly network security and exclusivity to the high-profile personnel on site. More than 50 wireless access points were deployed to have the best possible coverage throughout.

These projects, together with a few other requests from other ministries, along with 3 major national events held this year i.e. the Papal Visit to Malta, the Special Olympics and Arraiolos 2022, MITA was assigned to handle all helped me quickly get up to speed for what is expected to be our main project of 2023 i.e. the network technology refresh of Mater Dei Hospital.

Spearheaded by my superiors, Owen Grixti and Ramon Mangion, aided by the whole Networks team and countless others, this will surely be the greatest opportunity presented to me throughout my 15 years of working in I.T.  One that surely, I will count to be one of my proudest achievements. 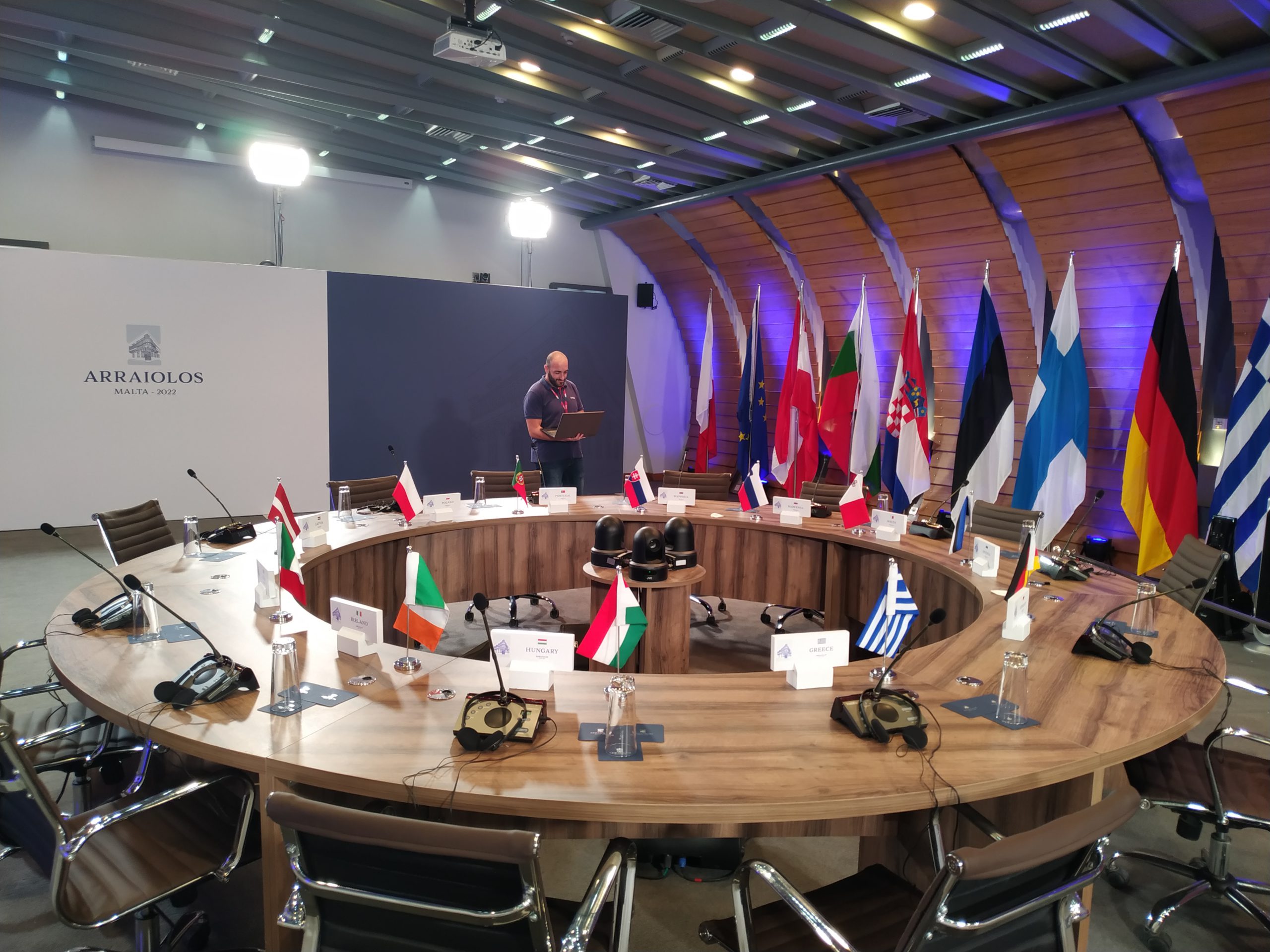